Tour begins: 6:30 PM, Chico Hot Springs Resort & Day Spa. A transfer is included from Bozeman Airport to the Chico Hot Springs Resort & Day Spa in Pray, Montana, in the foothills of the Absaroka Mountains, not far from Yellowstone’s north entrance, for a two-night stay. Your historic lodge, established in 1900, offers two restaurants, a Western saloon, two mineral hot pools, and a full-service spa. Join us this evening for a welcome reception and dinner.

Take a morning dip in one of the Chico Hot Springs Resort’s open-air swimming pools, heated by underground hot springs. The waters have healing powers, if you believe the legends of gold miners and Native Americans… and even if you don’t, an immersion here is a warm introduction to the geothermal wonders of this volcanic plateau.

Following a viewing of a Ken Burn’s film, you’ll leave your resort en route to Mammoth Hot Springs and Yellowstone National Park. Take some time this afternoon to explore the hot springs (just a short distance from the entrance of Yellowstone National Park) and visit the Albright Visitor Center. This evening, after settling in for a two night stay at the Mammoth Hot Springs Hotel, enjoy a presentation by noted naturalist and wildlife photographer MacNeil Lyons on the some of the iconic species – including the bear, wolf and bison – you might meet on your travels in Yellowstone’s winter wonderland.

Head out this morning across Blacktail Plateau en route to Yellowstone’s Lamar Valley on the northeast side of Yellowstone National Park – welcoming you to a park that is empty of crowds, silent, and eerily peaceful and pristine in shades of white. The temperatures in winter can reach 40 below, yet the ground steams through hidden fissures and hot springs, wafting great clouds across the white landscape, where distant herds of bison and elk drift through it like apparitions in a fog; hot springs here are wildlife magnets. After exploring (and keeping a sharp eye open for wildlife) in Lamar Valley, have lunch, then work your way back by coach through the Blacktail Plateau.

This morning you’ll board a snowcoach – designed especially to travel over the snow-covered trails you’ll encounter in Yellowstone in winter – for a trek to some of the park’s geothermal spectacles: boiling springs, fumaroles, mud volcanoes, and geysers, which miners and mountain men called “places where hell bubbled up,” and American Indians considered sacred. In the crisp cold air of winter, these thermal features are all the more present – and spectacular – billowing steam, hissing water, and spume that encrust trees with frost and paint white masks on the faces of bison. You’ll see Gibbon Falls, an 84-foot cascade frozen in a veil of ice; the Norris Geyser Basin; and you’ll walk through the alien world that steams around Black Sand Geyser and Midway Geyser Basin.

Around midday arrive at the Old Faithful Snow Lodge – your home for the next two nights – to warm up and settle in. And of course, during your stay, you only have to walk outside to witness the eruption (on average every 94 minutes) with no crowds between you and the legendary “clockwork” Old Faithful Geyser… a sudden explosion of boiling water that hisses upward to 180 feet for one to five minutes, drifting a curtain of steam in the icy air! There are about 300 geysers in Yellowstone Park (more than in all the rest of the world combined), many of them even more spectacular than the famous one on your doorstep… and you’ll see some more of them this afternoon, when you join a local guide for a snowshoeing trek through some of the less visited places in the Lower Geyser Basin near Old Faithful. You’ll also have time today to do whatever… like visit the new Old Faithful Visitor Center, ski, skate or just relax by the fire.

The Grand Canyon of the Yellowstone is considered the soul of the park, deep in its interior, and you’ll set out for it from your lodge today via snowcoach, over roadless terrain. En route, visit West Thumb Geyser Basin at a corner of Yellowstone Lake, and the Mud Volcanoes, bubbling mud hills that emit methane. Discover the sub-alpine Hayden Valley, once a vast lake bed, now a surreal winter landscape alive with trumpeter swans, bison, elk, and moose, home to the Sulfur Spring and the Black Dragon Caldron… and a good place to spot fox and coyote, too. After stopping for a boxed lunch, nothing prepares you for the sight of the Grand Canyon of the Yellowstone itself – a fantasy landscape with a deep gorge blown open by an ancient volcanic eruption, then carved by glaciers and the river itself, nearly a mile wide and plunging 1,200 feet with two torrential waterfalls, each with an arc of spume-made ice and crystalline forests up and down the steep banks. Members of an expedition in 1870 who first happened upon the canyon stood speechless on its rim for a full five minutes… silent… which may be the best way to describe it. And they didn’t see it in winter!

The ice on Yellowstone Lake can freeze three feet thick, yet where the edges meet the warmth of boiling springs, there are patches of open water where otters frolic and catch fish – and coyotes try to steal them. Stand in its awesome solitude and you are part of the picture. In Yellowstone tour by snowcoach via Kepler Falls and the West Thumb Geyser Basin to Flagg Ranch, once an army station when the military maintained the Park. Leave your snow vehicle behind as you continue your travels to the quintessential Western town of Jackson, Wyoming. Following lunch at Flagg Ranch, a horse-drawn sleigh takes you into the heart of the National Elk Refuge. You learn that vast congregations of elk – 7,500 out of what was once a population of 25,000 – weather the harsh winter here en masse; learn how conservation efforts over the decades strive to keep the remaining herds alive – including the annual antler auction, where Boy Scouts collect the great antlers shed by bulls in the spring and auction them off to pay for conservation efforts. Sled through the steaming, pawing winter world of the herd, as they watch you pass. Return from the tundra to your historic hotel in the heart of Jackson… with unforgettable images to contemplate. Your evening is free to enjoy as you please in Jackson, where you’ll spend the next two nights at the historic Wort Hotel.

The day is entirely free to do as you please in the beautiful town of Jackson, with the majestic peaks of the Tetons all around you in the distance. You might want to spend some time sitting by the fire or visiting the Silver Dollar Bar at your historic Wort Hotel (where the bar is actually made of silver dollars); re-enter civilization among the town’s unique galleries and boutiques; be really adventurous, bundle up and go dog sledding or snowmobiling (both of which would require advanced bookings and additional fees, and could be arranged through the hotel concierge); or go downhill skiing at nearby Grand Teton Resort or Snow King (also requiring advanced bookings and additional fees). Have lunch as you please in town today, and don’t miss the famous elk antlers of the town square. Tonight’s special farewell reception and dinner takes place at The National Museum of Wildlife Art, whose galleries house a stunning collection of paintings, drawings and sculpture celebrating Western wildlife… and illuminating the natural world and humanity’s place in it (including you!). 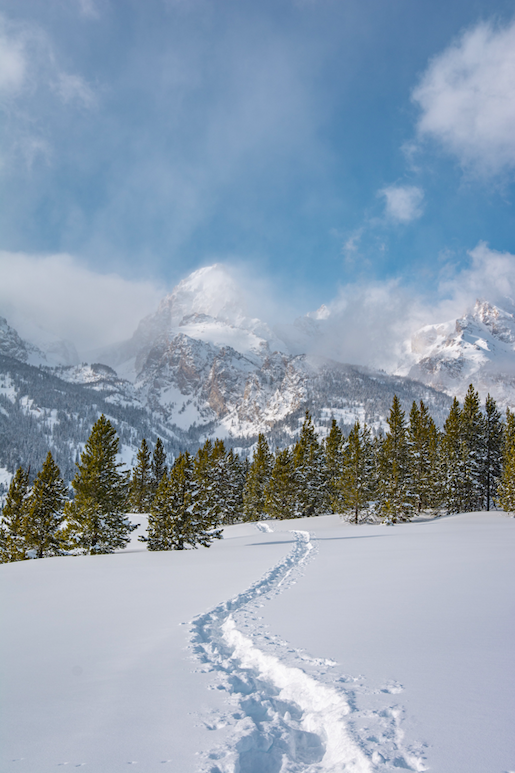 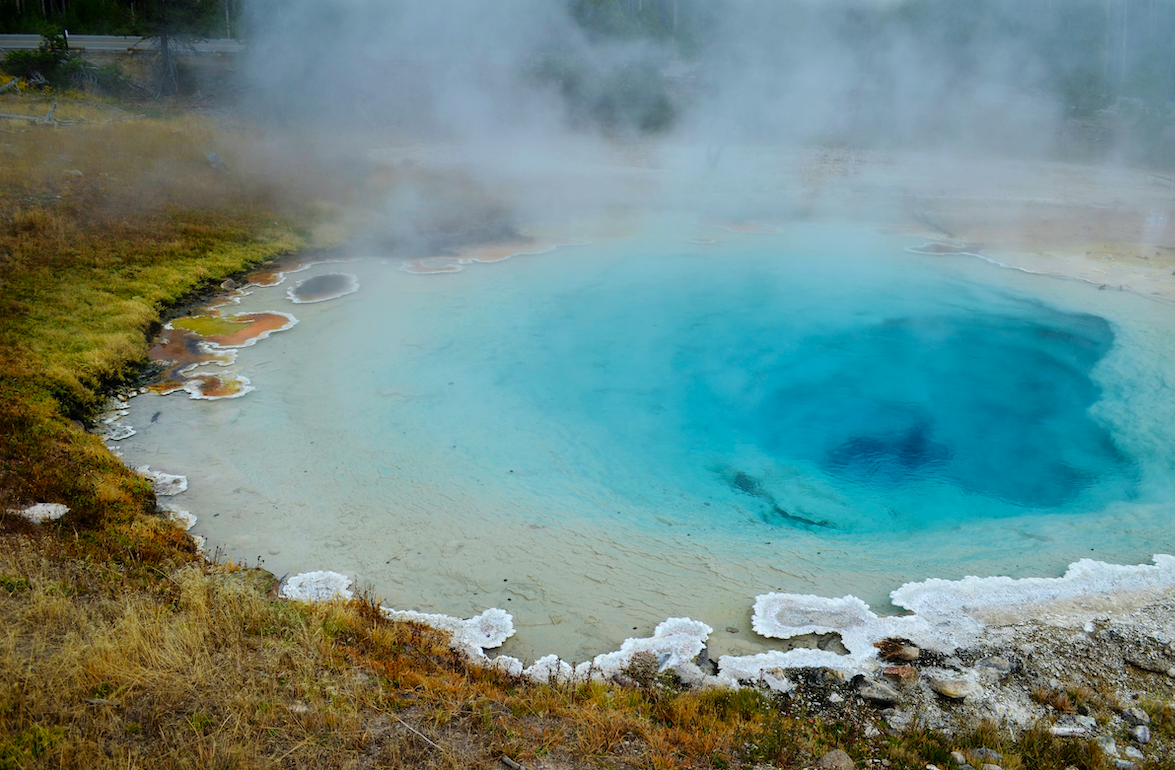 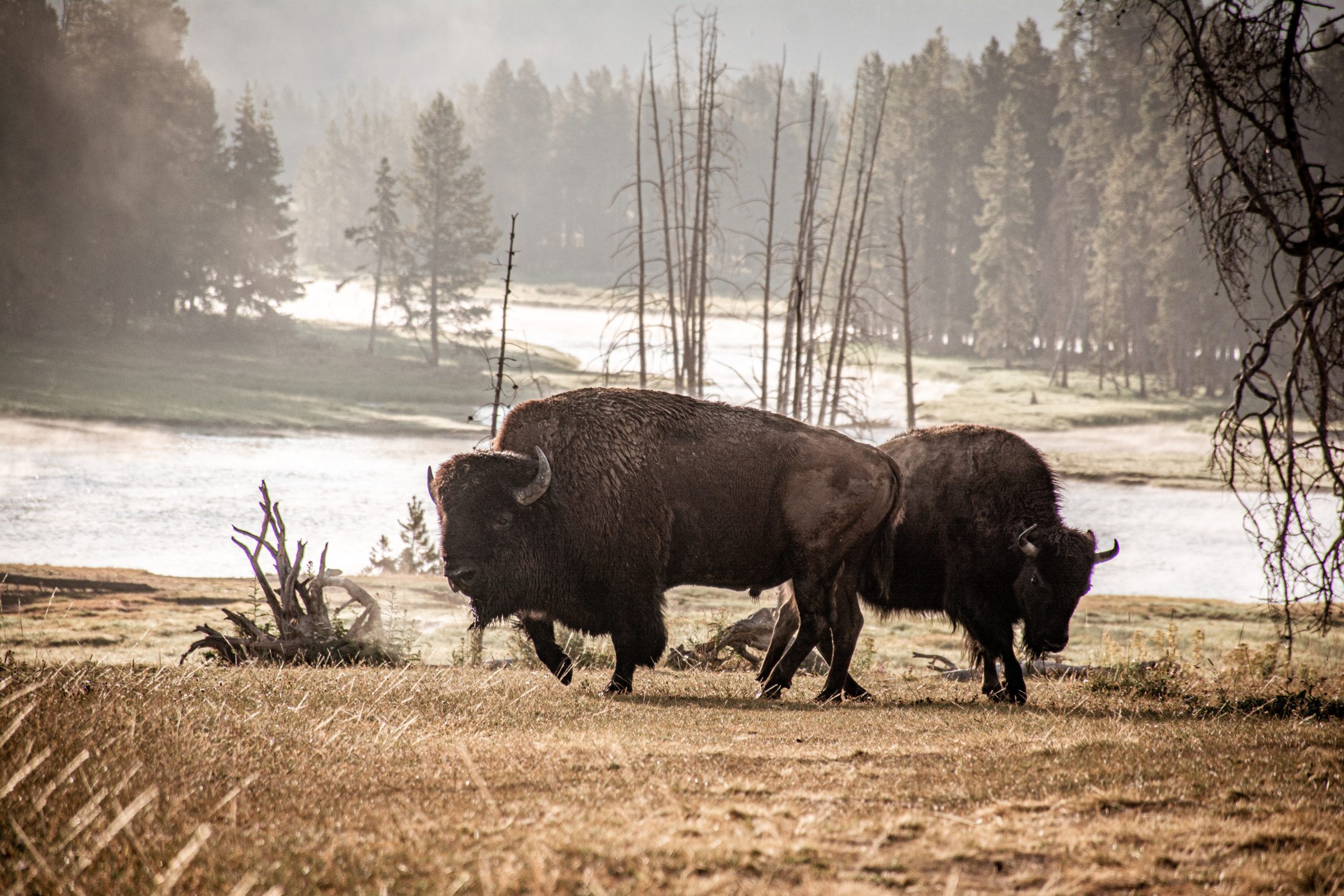